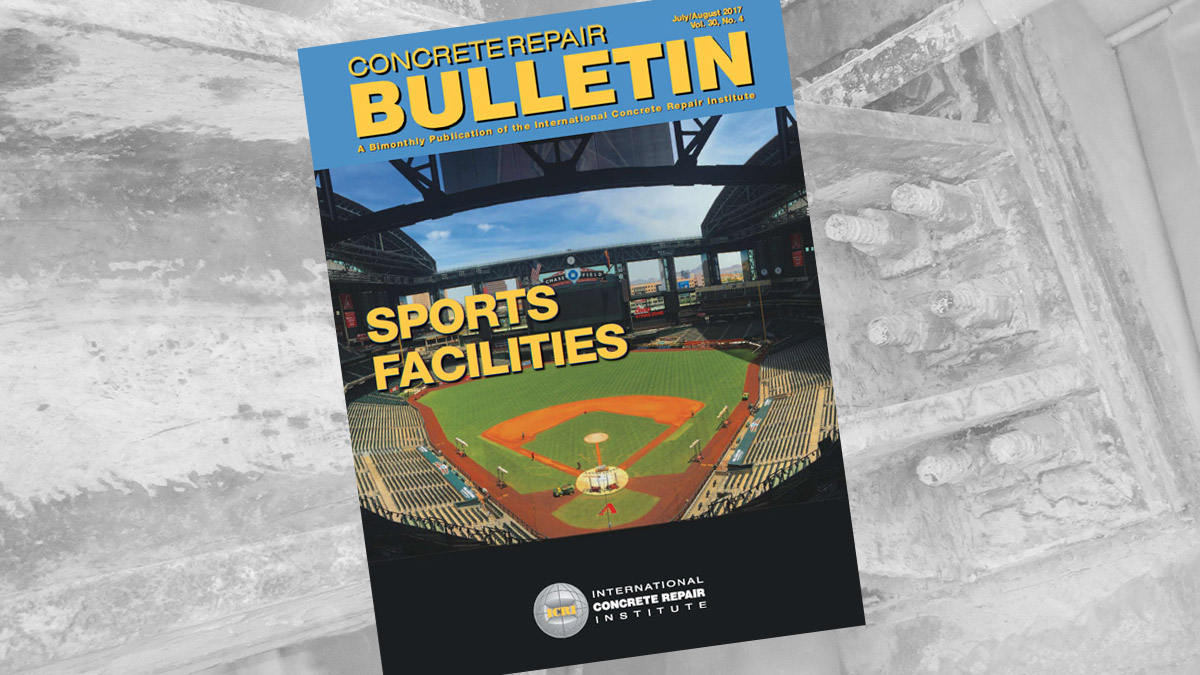 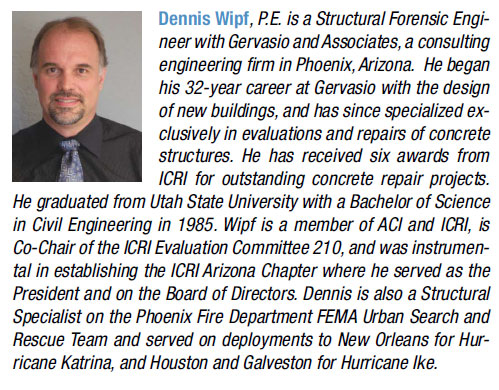 Robert Porter Construction was part of the team that completed repairs under a Job Order Contract through the Maricopa County Stadium District.  Gervasio & Associates, the Engineer/Architect design team initially performed forensic investigations and developed the scope of work for the repairs.  Dennis Wipf, P.E., of Gervasio, wrote the article that was featured in the Concrete Repair Bulletin (July/August 2017 -Vol. 30, No. 4). Below are excerpts taken from that article. (Read full article)

Chase Field has undergone annual structural repair from 2011- 2017.  The vast majority of the repairs have been the result of 19 years of corrosion damage due to frequent cleaning wash-downs after events. The Stadium was built without any type of waterproof protective membrane in seating areas. However, an extensive gutter system, intended not to protect structural elements but to prevent nuisance water damage to ceilings/floors, was installed under the precast concrete joints. As a result, corrosion damage occurred to the structure as water leaked through the joints, traveling across structural members before entering the gutters. Moisture infiltration resulted in the corrosion damage to reinforcing steel (rebar), prestressing strands, embedded steel connection plates, structural steel members and their connections, and steel guardrails/handrails.

Many methods and materials were used in the repair programs, with careful attention paid to protecting the stadium from future moisture intrusion. Every steel connection, embed plate, rebar, etc., was sandblasted/epoxy-coated, corrosion inhibitors applied, and repair areas covered with a waterproof urethane deck coating.

Some repairs were located in areas requiring up to 3-hour fire ratings. The original fireproofing, absorbed moisture and held it next to the structural elements, thereby promoting corrosion in areas such as the raker truss anchor connections. Repairs included intumescent epoxy coating on all steel raker trusses and threaded rebar anchors to achieve the required 3-hr. fire rating.

Over six years, repairs at the stadium required approximately:

Associations we work with: